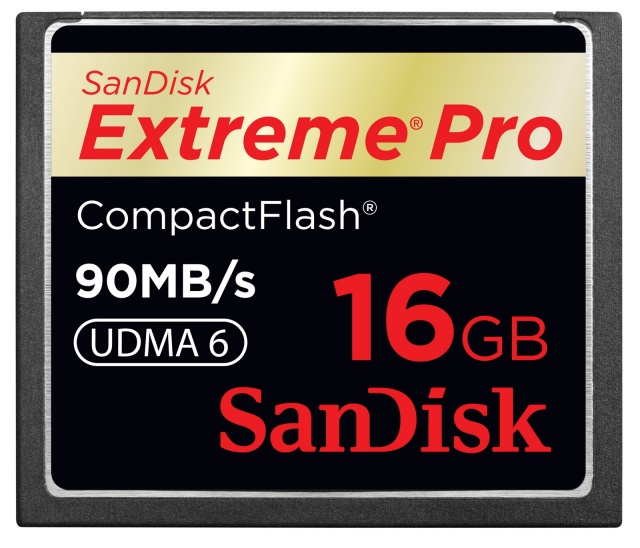 Shooting on Sandisk Extreme Pro cards for the past 4 months has been great! Here is why…
I have been shooting on Sandisk Extreme Pro CF cards since the end of September and must say it is one of those things that you don’t know you are missing and need, till you try it. I know its quite a long test period, but wanted to use the card in every possible situation before I wrote my review.
Ask anyone in our industry and they will tell you Sandisk has always been synonymous with reliability, now with these cards they combine it with speed  and size.

I shoot on RAW and this puts extra pressure on your equipment as you can shoot less frames before you reach your camera’s buffer, because your camera needs to deal with huge amounts of data.

The speed rating on the CF cards are up to 90MB/s (600x) for serious performance gains. And the card I have is 16GB but they go up to 128GB! While I’m busy with specs, here is the rest from Sandisk’s website:

·         READ & WRITE PERFORMANCE: Up to 90MB/s (600x)* for serious performance gains.
·         CAPACITIES: 16GB, 32GB, 64GB** give you more room to capture RAW+JPEG, sequential bursts and high-definition video
·         UDMA: UDMA 6 enabled (works in all UDMA modes) POWER CORE CONTROLLERTM & ENHANCED SUPER-PARALLEL PROCESSINGTM “ESP”: Was invented by SanDisk to increase the card’s performance level.
·         TEMPERATURE: Tested to perform from -25°C to 85°C (-13°F to 185°F)
·         SPECIFICATION: Meets CFA Specification Type I Card
·         DURABILITY: Shock protection and RTV silicone coating added inside for protection against moisture and humidity
·         WARRANTY: Backed by rigorous stress-testing procedures and our limited lifetime warranty.
* Up to 90MB/s read/write. Based on SanDisk internal testing: performance may be vary depending upon host device.
**1 megabyte (MB) = 1 million bytes. X = 150 KB/sec. and 1 gigabyte (GB) = 1 billion bytes
† 30 years warranty in Germany and regions not recognizing Limited Lifetime warranty
Not all cameras can support 64GB capacity CompactFlash cards. Please check with your camera manufacturer for 64GB compatibility.
During these 4 months I have shot features, portraits, medical operations, Prince Charles’ visit to South Africa, hard news – riots, live performances, court and Zoo to name a few. And I have had no problems whatsoever. During Prince Charles’ visit I shot quite a lot in close succession, because it is a very important story and there is just no way that you can miss a shot and say something like: “Oh, but my camera buffered”. When photographers from international photo agencies were changing CF cards, I just smiled and continued shooting. There, not only the speed helped but also the large capacity of my cards.
I can honestly say that with Sandisk Extreme Pro I have never shot my buffer full and with speed being so important in my job, both to get the shot as well as filing deadlines, it has been a breeze and I would recommend them to anybody. Try them.
Here is only a few pics that I have shot on Sandisk cards:

Leon van Nierop in his bath

Feature on Andre Manders, a blind person who works in Jozi CBD. 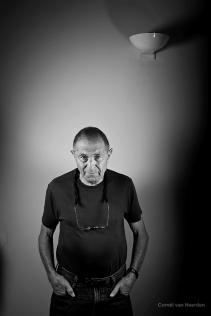 David Goldblatt at his home.

Prince Charles and Camilla in Soweto. 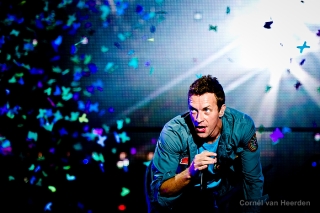 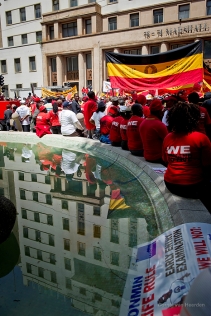 National Union for Mine Workers’ Protest march in Johannesburg CBD.

A protester cools of during a protest action. 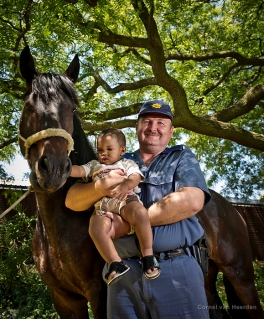 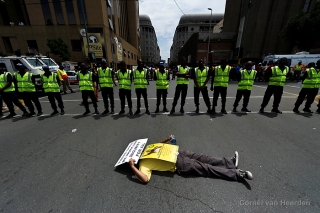 Lasershow in Brakpan for New Years. 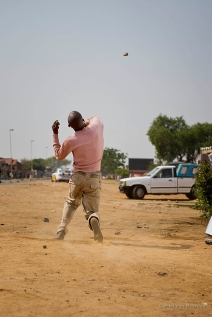 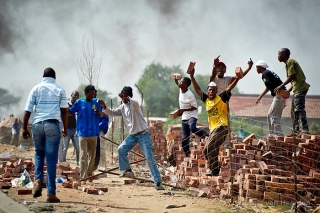