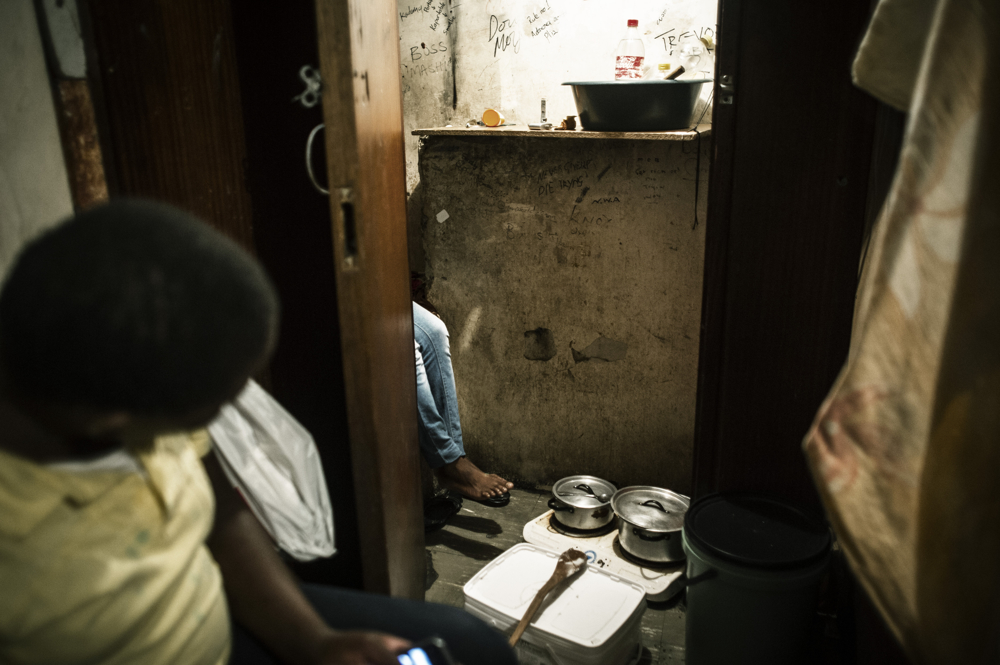 Johannesburg – Hundreds of the Zimbabweans who are about to be evicted from the Central Methodist Church in Johannesburg have no alternative place to go, they said on Wednesday.

Most of the immigrants had been staying at the church for years, some after the 2008 xenophobic attacks.

Alois Mutena, 33, originally from Gweru in Zimbabwe, has been living at the church for eight years. He runs the church’s sewing project.

“People are still packing their things even though they have nowhere to go, like myself. More than 50 percent have moved out. They say if we do not leave they will evict us.”

While he was talking, two police officers walked into the church accompanied by two male church members.

The officers were being shown the different spots in the church where people had created living spaces.

Seven children all under the age of five played while some sat on the stairs at the entrance of the church.

Some played around a trolley carrying suitcases and layers of cardboard.

The owner of the belongings in the trolley, a woman, was pacing up and down the stairs adding more items to the trolley, while one of the children tried to catch her attention by tugging at her shirt and hugging her around her waist.

A tall man walked into the church from the street and spoke to the woman briefly.

Peter, 46, originally from Masvingo in Zimbabwe, was worried about where he and his belongings would go once they were evicted.

“I am not happy because there is no alternative accommodation. They only promised but we haven’t heard anything about accommodation. I’ve been here for five years.

“A plan B is not easy. When they close the doors you will see a heap of bags and children playing around in the street in front of the church,” Peter said.

A young woman sat quietly with her back against the wall on another set of stairs near the entrance, breast-feeding her baby. A small suitcase sat by her feet.

Njabulo Mose Chizuze, 28, who works in the construction sector, said he saw nothing wrong with the church’s decision to close its doors to people seeking a place to stay.

“I agree with them. Guys who are healthy and fit like me must work. That is why we came to Johannesburg, not to eat, smoke and sleep. Bishop (Paul Verryn) helped us by giving us a place but there comes a time when you must think about why you came here.

“They gave us six months’ notice. I have been putting money away. I’m moving to a flat in Hillbrow I’ll be sharing with a friend. We’ll be paying R900 each.”

Chizuze was 20 when he arrived in Johannesburg. He is now 28.

“The bishop really helped us but it’s time to man-up now and stop sleeping all day.”

Verryn has been involved in the inner city for many years to ensure the Constitution protected people, including against eviction without alternative accommodation being provided.

“The church took a decision at one of its meetings that when I leave, the people in this building must also vacate this building,” he told Sapa on Monday.

He would not comment on the Sunday Times’ report that the refugees were being kicked out for running up a R2-million electricity bill.

Verryn’s term as superintendent at the church was coming to an end this month.

The church has been a home to more than 400 people needing accommodation since the xenophobic attacks in the country in 2008.

The immigrants had reportedly said they would fight the process as they had nowhere to go and were unemployed. – Sapa