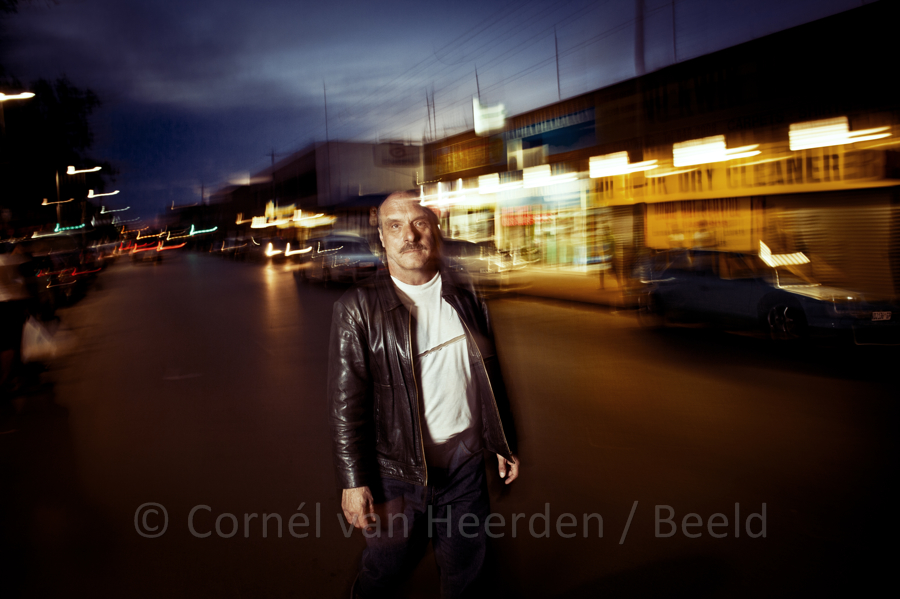 Fanie de Villiers, writing as Kleinboer, has written a new Afrikaans book, Werfsonde. I was commissioned to take a portrait of him and decided on these pictures.

He stays in Yeoville, that’s why we were in the streets of Yeoville. Yeoville is a predominantly black area and he is of the few white people who still live there.

The images are dark and surreal because he writes about brothels and having sex with black prostitutes.

I used of camera flash with a softbox attached, to the left.

Dragged my shutter to create the blurring of street and car lights.

Used second curtain flash to freeze my subject when and where I wanted to.