Skip to content
The three brightest objects in the night sky have aligned, making for a spectacular sight for Manawatu stargazers.
Last night’s conjunction of the moon, Venus and Jupiter – the three most visible objects in the night sky – was “pretty with the planets either side of the moon”, astronomer Noel Munford said.
He said although Venus and Jupiter were millions of kilometres apart, because they were on the same plane going around the sun the conjunction made them appear close together.
“And we were lucky in New Zealand, because it was symmetrical here, and even five hours later in South Africa, the moon was much closer to one of the planets than we experienced,” Mr Munford said.
Astronomers were out in force last night to observe the triple conjunction. Tonight, the moon and the planets will have moved and, while still a sight to behold, the moon will no longer be in the centre of the alignment.
Those who missed last night’s display can look forward to another astronomical spectacle on June 6 – the transit of Venus across the sun.
Venus will pass directly between the sun and Earth, becoming visible against the solar disc. Transits of Venus are among the rarest of predictable astronomical phenomena, occurring in a pattern that repeats only every 243 years.
“This is our last chance to see it,” Mr Munford said. “The next transit of Venus won’t happen in our lifetime, or anyone who is alive today.”
– © Fairfax NZ News 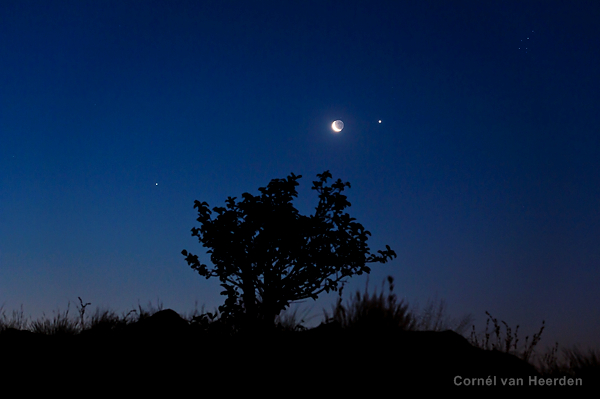 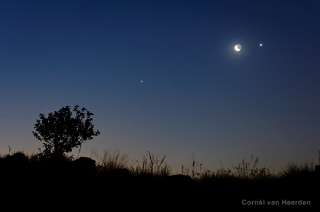 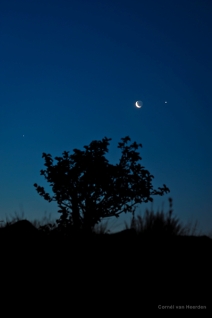 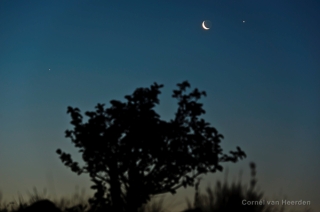